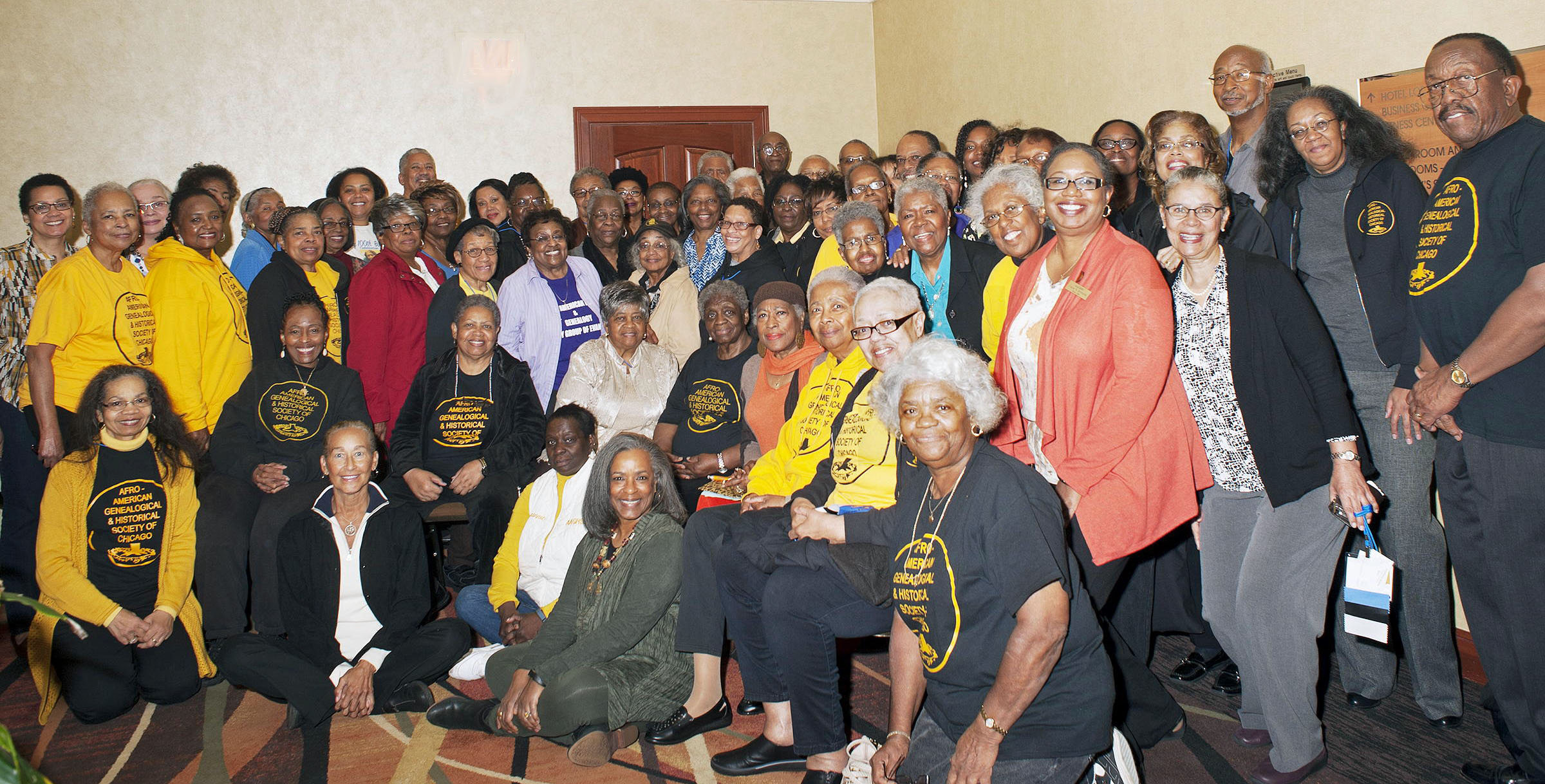 Our Mission:
To encourage and promote the study of African American genealogy and history.

Our Story:
Founded in 1979, the Society immediately set out to gather and publicize information on the history and genealogy of Africans in America. Monthly meetings permitted members to share important genealogical finds, to attend classes on research techniques, and to hear speakers on genealogical subjects.

The column “Afro-American Roots” began to appear in 1982 in the Chicago Defender, written by Dr. Adlean Harris, one of the founders. In about 1984, the society began to present an annual workshop featuring speakers from across the nation who specialize in historical research.

The Society began in 1989 to sponsor research trips to various important libraries and archives nation-wide. Subsequently, its members have formed state study groups to focus on the various types of records maintained by the different states.

The society has established several programs for youth to engage in family research, most recently, the Genealogy for Kids program. The Black Churches Project, in progress, entails cataloging records of black churches in existence before 1930.

The society has compiled a surname registry, and its members published a book indexing burials in Chicago’s African-American Lincoln Cemetery. Members have published a wide variety of other books, from Tony Burroughs’s Black Roots to family histories, manuals and other indexing projects, as well as numerous articles in genealogical journals and newsletters. A quarterly newsletter enjoys nationwide distribution.

The society has approximately 250 members, many of whom live in distant cities. Visitors to its annual conference have been inspired to start Afro-American genealogical societies in their own hometowns. Through research, members have been able to discover truths about American and African-American history not available elsewhere.